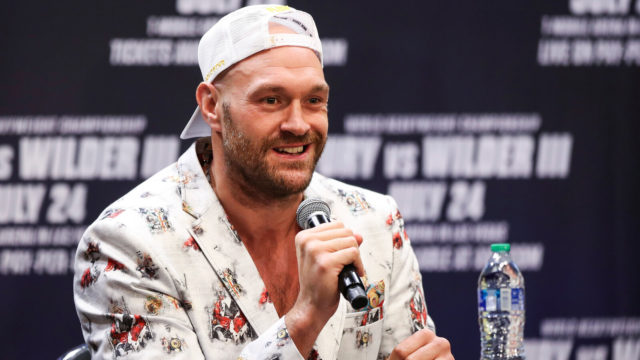 Fury posted a video of himself which was reported on the official Twitter account of Sky Sports on Sunday, November 7th, 2021. The boxer said the players lack the winning mentality to win games whenever they are down.

The Brit used himself as a reference point to all the players, saying whenever he is down in a fight, he never believes the fight is over because his opponent has knocked him to the ground.

I think the players, no disrespect to anyone of you, but it doesn't seem like you are digging deep to try to win these games.

When I fought Wilder, and I was on the floor and every other man I have ever fought. I never thought I was going to lose the fight. I always believe comeback and win, that's is called a winner's mentality.

You guys have not just had that in the last few games. I think me and Patrice Evra are going to come down to the training ground to give you the hard word you need. See you all soon. Be Prepared.

Manchester United play their next three fixtures away from home, Watford and Chelsea in the Premier League and Villarreal in the UEFA Champions League.

🗣 "It doesn't seem to me like you're digging deep to try and win these games... Me and Patrice Evra are going to come down to training and give you some of that" 🥊💥

Tyson Fury has a strong message for the Manchester United squad 😳 pic.twitter.com/h9D76nqyKP