Tottenham Hotspur is trying to get players before the end of the transfer window to help boost the club's chances of having a good season. The London side is already in talks with Wolves to sign Adama Traore and is also close to signing Pape Sarr from Metz. 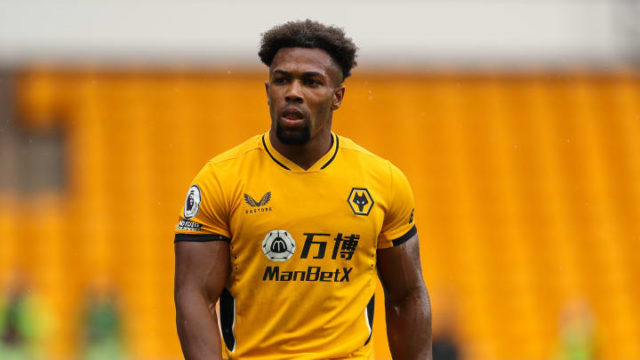 Tottenham is reportedly set to submit a bid for the 25-year-old winger who has two years left on his contract with Wolves. Adama has not given a sign that he will sign a new contract with the club he joined in 2018 from Middlesbrough. Transfer news expert Fabrizio Romano confirmed this news on his Twitter account on Monday, August 23rd, 2021. 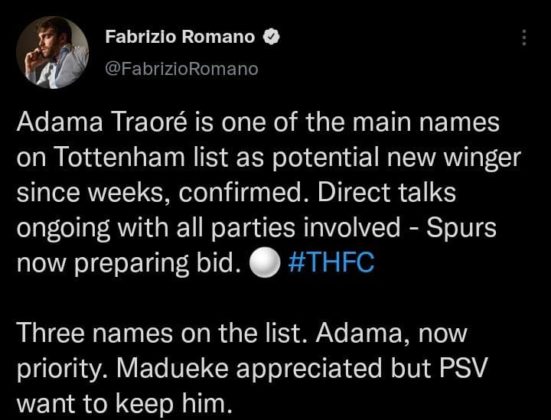 The player was part of the Wolves team that lost to Tottenham on Sunday, August 22nd, 2021 at the Molineux. His former manager, Nuno Espirito Santo, has identified him as a preferred target to boost Spurs' attacking option.

Spurs are also trying to get Noni Madueke, who started his football from the Tottenham youth team before joining PSV in June 2018. The London side is looking at him as an option in case Adama's deal does not come through.

Meanwhile, Tottenham is on the verge of signing Sarr from Metz but he is expected to be loaned back to them, as part of a 14 million pounds deal, although Spurs are yet to agree to personal terms with the player.