Tottenham Hotspur has confirmed the exit of their defender Toby Alderweireld. They reached an agreement with Al-Duhail SC in Qatar for an undisclosed fee. The news was announced by the official Twitter account of Tottenham on Tuesday, July 27, 2021. 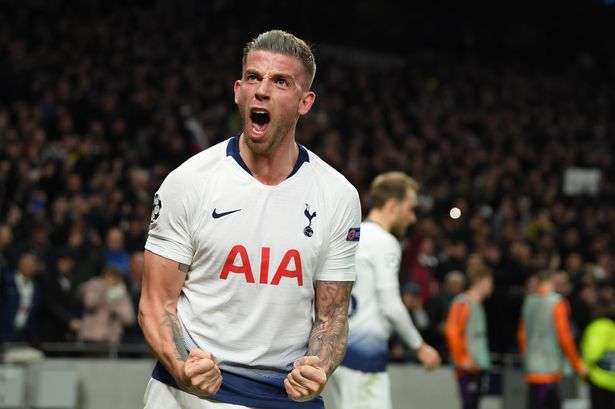 Spurs thanked Alderweireld and wished him all the best at his new club in Qatar. 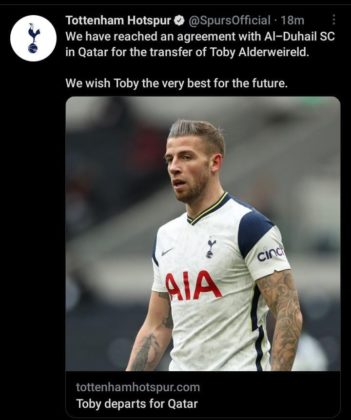 The defender also thanked Spurs on his official Twitter handle by simply saying, 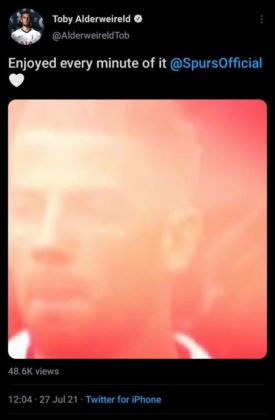 Toby joined the Premier League side from Atletico Madrid in July 2015 and has been influential in the heart of defense alongside Jan Vertonghen. He was also part of the squad that gave Spurs their best premier league defensive record conceding only 26 goals in the 2016/17 season which saw Tottenham finish second behind Leicester City.

Toby made 236 appearances scoring 8 goals for Spurs in the six seasons he was at the club.