Tottenham Hotspur have completed the signing of Pape Matar Sarr from Metz for £14.6 million-plus add-ons. The teenager will only be able to play for Spurs next season. 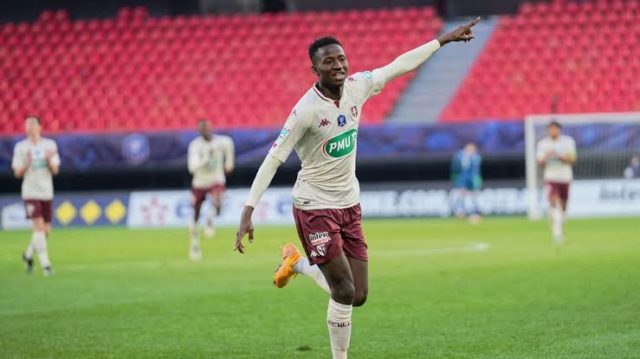 The deal includes a loan back to Metz for the rest of the 2021/22 season. Transfer news expert, Fabrizio Romano, announced the deal on Twitter on Tuesday, August 23rd, 2021. 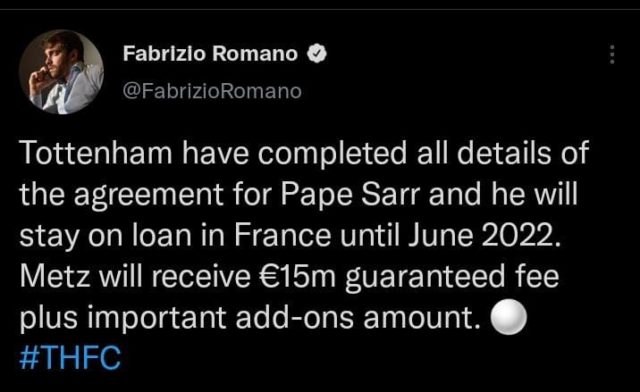 Sarr is expected to be in attendance at Tottenham's home game with Watford on Saturday, meaning he will miss Metz's Ligue 1 game against Clermont on the same day.

Sarr joined Metz as a development player from Generation Foot, less than a year ago, but he showed great promises and they promoted him to the first team, where he scored four goals in 25 appearances.

He has played in all Metz Ligue 1 games this season, but they are yet to record a victory in any of the games.