A spirited performance from Manchester United following the pressure they were under ensured they got maximum points against Tottenham. Cristiano Ronaldo scored the opening goal in the first half. The Portuguese also created an assist in the second half for Cavani, Marcus Rashford sealed off the victory late on in the game. 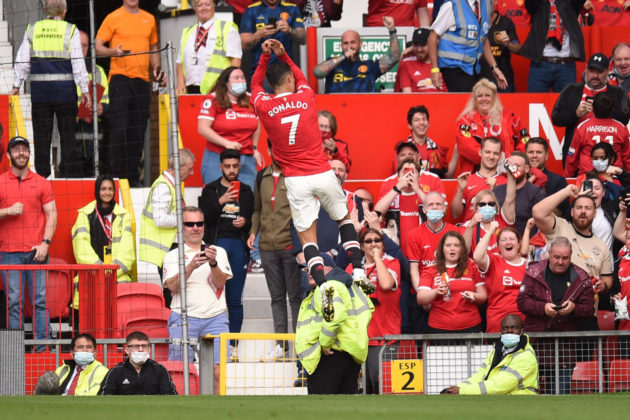 This was a game that meant so much to both teams. Manchester United were coming off from the defeat against Liverpool at Old Trafford. There have been speculations that Ole might be sacked after that defeat, but the board has backed their manager and given him more time. Nuno Espirito Santo is also under pressure after also losing their last Premier League game against West Ham United at the London Stadium courtesy of a goal from Antonio.

Manchester United dominated the early minutes of the game, but the half-chances created could not find the back of Tottenham's net. The first highlight of the game was a yellow card shown to Luke Shaw following a tackle on Lucas Moura. Spurs has shouts of penalty on the 20th minute following a handball from Wan-Bissaka, but the referee did not buy the appeal.

The real first chance of the game fell to Son, but the South Korean could not convert the chance for the home side. Romero put the ball at the back of the net following a corner kick, but the assistant referee ruled the goal out for offside. Manchester United also has their chance to score the opening goal from Fred, but Lloris saved the effort.

Cristiano Ronaldo restored the hope for Manchester United fans when he found the back of the net with a brilliant half volley in the 40th minute. The first half ended 1-0 in favor of the Red Devils.

Manchester United started the second half the same way they ended the first. Ronaldo found the back of the net just two minutes into the game, but it was ruled out for offside. Bergwijn was brought into the game in place of Lucas Moura in the 52nd minute.

The Red Devils' pressure in the second half paid off as they got the second goal of the game in the 64th minute with a beautiful goal from Edinson Cavani who connected to a pass from Ronaldo. Tottenham created a bit of chance after the goal but they failed to take advantage of the mistakes created by the visitors.

The matter went from bad to worse for Spurs as Rashford poured more salt on Spurs' wound as he made it 3-0 in favor of the visitors. The victory was Manchester United's first clean sheet in 21 games.

United are now fifth on the league table with 17 points while Spurs are on the eighth position with 15 points. Tottenham play host to Everton next in the Premier League while the Red Devils host Manchester City at Old Trafford.