Qatar based football club, Al Sadd, has downplayed the possibility of Xavi Hernandez joining Barcelona following the sack of Ronald Koeman at the Catalonia club. 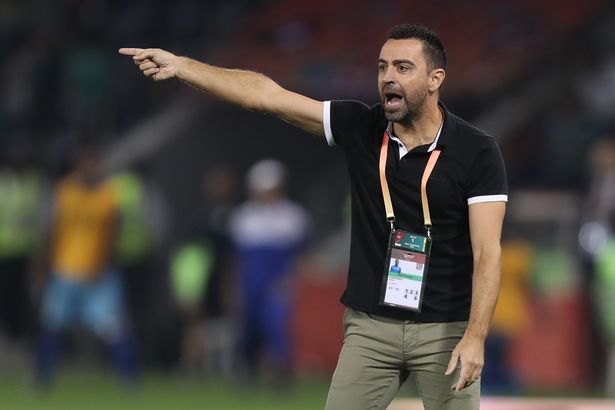 The club tweeted the statement on its official Twitter account stating that Xavi still has two years contract with the club and he is focused on winning the title with them.

In response to what's circulating recently, the #AlSadd management reaffirms that Xavi has a two-year contract with the club and is fully focused on the team's upcoming matches, to maintain our lead at the top of the league and to defend the title. 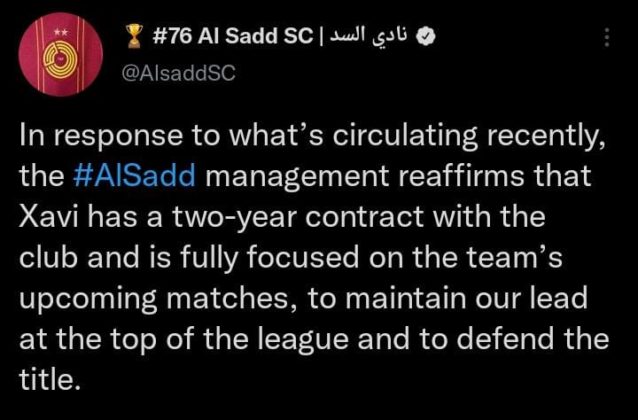 The Barcelona Legend played 17 seasons for the Catalans which includes more than 750 games for the club before leaving for Qatar in 2015.

He also played four seasons for Al Sadd, he took over as manager in 2019 and led them to a league title last season.  He led them to the Amir Cup last week beating Al Rayyan on penalties in the final.