Antonio Rudiger Breaks Silence over His Future at Chelsea

Chelsea's defender, Antonio Rudiger has spoken about his contract extension at the club for the first time since the speculation linking him out of Stamford Bridge. 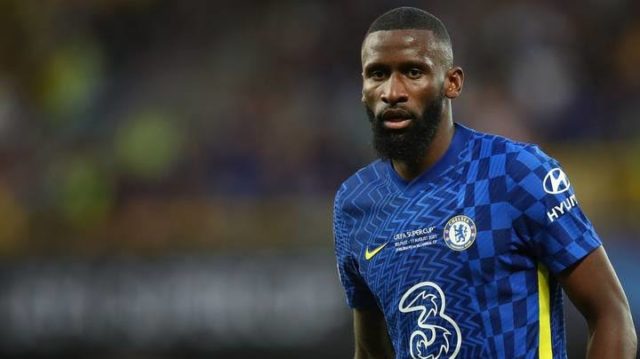 The German who is in the final year of his contract was speaking in an interview with the Guardian about the possibility of extending his with the Blues.

The 28-year-old said he is happy at Chelsea and he is focused on his job at the club. He also confirmed that talks have been going on with his Agent and Chelsea.

The most important thing is that I feel happy here. I think if people look at it, they can see I'm happy.

There was a talk between Marina and my agent. We have the situation where we are at now and I have nothing to do with all the speculation. This is not in my mind. I focused on what I'm doing because this is why I wake up every morning.

Rudiger was an important part of the Chelsea team that won the UEFA Champions League and the UEFA Super League against Manchester City and Villareal respectively.