#TOTMUN: Harry Maguire Speaks Ahead of Clash with Tottenham | Read

Manchester United's captain, Harry Maguire, is the first player of the club to grant an interview after the humiliation suffered at Old Trafford against Liverpool. 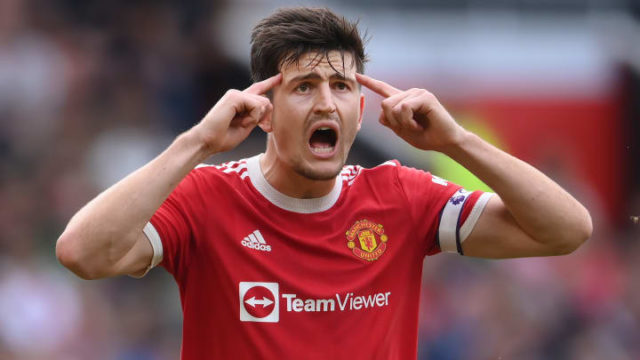 Maguire was speaking to Manchester United's website on Friday, October 29th, 2021. The defeat to their long time rival has caused a lot of controversies as it concerns the future of Ole Gunnar Solskjaer at the club. The Norwegian has been given more time to get the club back on its feet.

It's been a tough week obviously, you can't just brush these things aside, especially when you lose to your rivals. To lose in the manner that we did was so disappointing.

We've had big discussions, we have analysed the game and the goals and looked at how we can do better and improve. That's the most important thing now, we need to come together as a group and a club. We know our fans will be with us and come Saturday at Tottenham, as I said, they will be there in their numbers and I'm sure they will be singing and chanting and be right with us and getting behind us.

Manchester United travel to the White Hart Lane in seventh place with 14 points, their opponents are placed sixth on the Premier League table who are with 15 points.

The Red Devils have failed to get a won in their last four Premier League games and Maguire will hope they can get back to winning ways against the London club.