Nigeria's Olympic medalists at the Tokyo 2020 Olympic Games, Blessing Oborududu and Ese Brume have been rewarded 10,000 dollars and 7,500 dollars respectively for their achievement. The Nigerian government rewarded the duo through the Minister of Youths and Sports development, Sunday Dare, on Wednesday, August 4th, 2021. 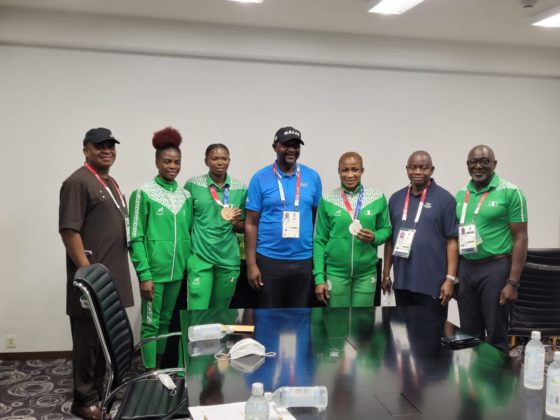 Ese and Blessing were hosted at a brief ceremony by the Nigerian delegates in Japan, where each of them was given the prize money for their medals.

A seasoned Athletics journalist, Making of Champions, confirmed the story on his official Twitter account. Ese Brume won the Bronze in the Women's Long Jump event with a leap of 6.97m meters on Tuesday, August 3rd, 2021 while Blessing Oborududu won the Silver medal at the Women's 68kg wrestling competition on the same day. 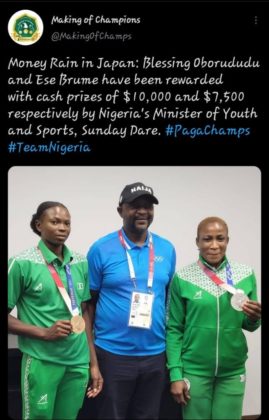 Any Nigerian athlete who wins a gold medal in their event will receive a cash prize of  15,000 dollars, while a silver medalist gets 10,000 dollars and 7,500 dollars for a bronze medalist.