Nigeria's representative at the Women's Wrestling (68kg) category, Blessing Oborududu, made history on the 3rd of August for Nigeria after winning a silver medal at the Tokyo 2020 Olympic Games, giving Nigeria its first-ever medal for wrestling at the Olympics. 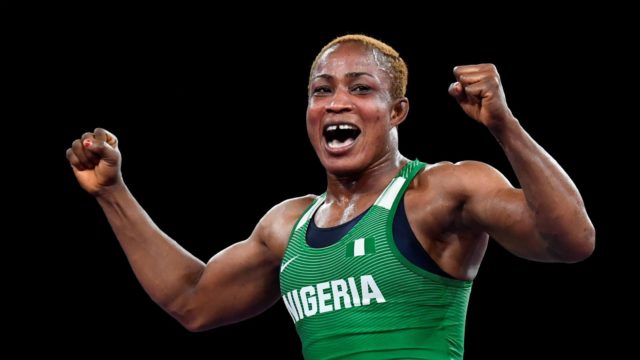 The 68kg wrestler began her quest to the medal by beating Azerbaijan's Elis Manolova 13-2 by technical superiority to book a quarterfinal spot. Blessing was up against Meerim Zhumanazarova in the quarter-final who turned out to be a tougher opponent but the Nigerian won the match 3-2.

The semifinal was an easy ride for the Nigerian as she beats Mongolia's Battsetseg Soronzonbold by 7-2 getting herself a spot in the 68k Women's wrestling event.

Blessing has won a Gold Medal at the last 11 consecutive African Wrestling Championship, except in 2012 when she did not compete because of her participation in the London 2012 Olympics. She also won Gold at the 2018 Common Wealth Games in Gold Coast, Australia. This medal is Nigeria's first-ever Olympic medal in Wrestling.

It was also good news for Nigeria in the Shot Put competition as Chukwuebuka Enekwechi qualified for the Men's final with a 21.6m throw.