D'Tigers of Nigeria were impressive in their second group game against Germany at the ongoing Tokyo 2020 Olympic Games on Wednesday, July 28th, 2021. The first quarter was like their first game against Australia, where they were a match for their opposition. Despite losing the first quarter 24-21 to Germany, the Nigerian team gave a spirited performance in the game by reducing a 10 points deficit to just 3 points. Caleb Aguda led D'Tigers with 6 points followed by Jordan Nwora with 5 points and 1 rebound. 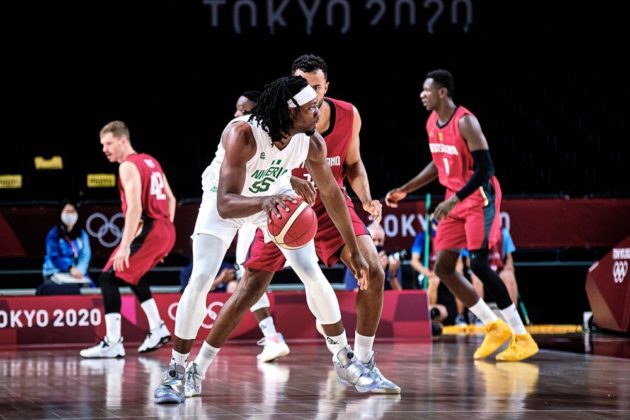 Jordan Nwora was outstanding for Nigeria in the second quarter getting himself 14 points, 3 rebounds, 1 assist in the game. The game was a close contest between both Nigeria and Germany as the first half ended 50-50. Mike Oni and Nnamdi Vincent also gave a good representative of themselves scoring 9 points and 8 points, respectively.

The Germans played well in the third quarter as they came back from a 10 points deficit against Nigeria, ensuring the third quarter also ended 74-74. The last quarter was all to play for both teams as the players and the coaching staff gave everything as they were both looking to get their first win of the Olympic Games.

Jordan Nwora was the star of the match for Nigeria but his 33 points were not enough to get D'Tigers. The game ended 99-92 in favor of Germany, giving the Europeans their first win of the group. Nigeria will have to beat Italy in their last group game on Friday, July 31st, 2021 if they are to stand a chance to make a quarter-final qualification.