Brazil has emerged as the winner of the Men's football competition at the Tokyo 2020 Olympic Games. The match ended 1-1 after normal time, which saw the game go into extra time. Malcom Filipe Silva de Oliveira popularly known simply as "Malcom" scored the winning goal in the second half of extra time for Brazil, which ensured the victory over Spain on Saturday, August 7th,2021. 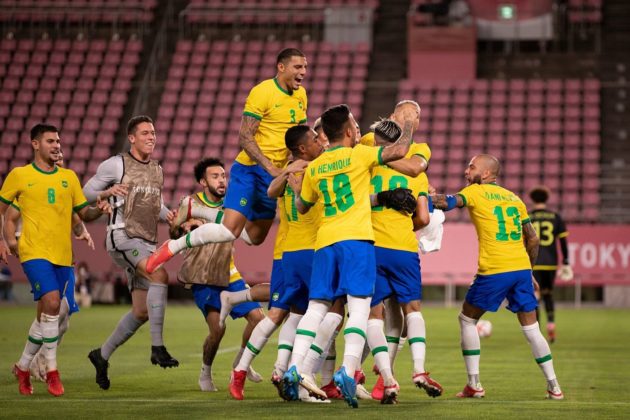 The match was full of highlights but the first one of the game was when Brazil's highest goal scorer in the competition, Richarlison, missed a penalty in the 39th minute. The South Americans took the lead at the stroke of halftime from Matheus Cunha.

Spain was more purposeful in the second half, which got them levels in the 61st minute with a beautiful goal from Mikel Oyarzabal, who connected with a cross from Carlos Soler.

Spain could have gotten the winner in regulation time, but their ball hit the woodwork twice before Malcolm got the winner in the extra time. Brazil has won the Men's Football Competition in two consecutive Olympic Games.