Italy's Lamont Jacobs has won the Men's 100 meters final at the Tokyo 2020 Olympic Games. The 26-year-old achieved this feat by setting a European record of 9.80 seconds on Sunday, August 1st, 2021. 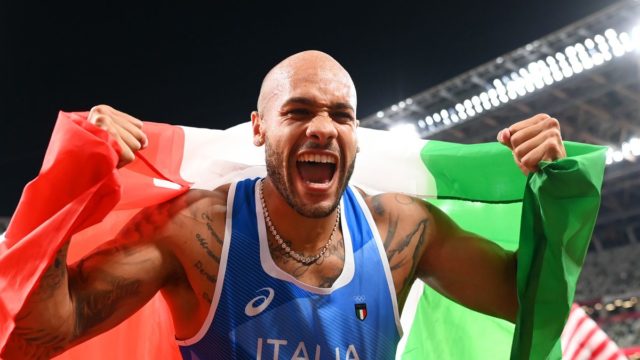 Nigeria's Enoch Adegoke pulled a muscle about 50 meters into the race which did not allow him to complete the race. Africa's other representative in the final, Akani Simbine from South Africa, finished in the fourth position with a time of 9.93 seconds.

The Italian became the first person to win Gold at the Men's 100 meters event since Justin Gatlin of the United States of America won the medal in Athens 2004. Usain Bolt won the last three Men's 100 meters finals. The Jamaican won Gold in Beijing in 2008, London in 2012, and Rio in 2016.

The Italian won Silver at the 2021 World relays in the Men's 4x100 meters in Chorzow, Poland. He also won Gold at the 2021 European indoor Championships in Torun, Poland.