Jamaica's Elaine Thompson-Herah became the first woman to ever successfully defend the 100 meters and 200 meters Olympic titles. She achieved this feat at the Tokyo 2020 Olympic Games on Tuesday, August 3rd, 2021. The Jamaican completed the Women's 200 meters final in 21.53 seconds, the second-fastest time ever set by a woman. 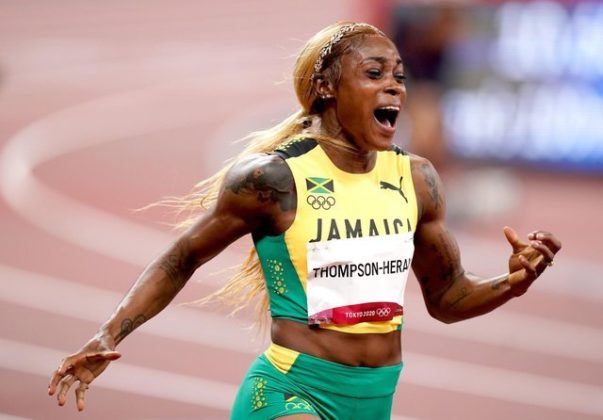 Africa's representative from Namibia finished in the second position in 21.58 seconds setting a new African record, while Gabby Thomas from America won the bronze medal in 21.87 seconds.

The 29-year-old set an Olympic and National record of 10.61 seconds in the 100 meters final. She also won Gold and Silver at the World Champions in 2015 in Beijing. The Jamaican also won Gold in the 2019 Pan American Games.