#Tokyo2020: D'Tigress Crashes Out of Olympics After Japan's Defeat

D'Tigress suffered their third defeat at the Tokyo 2020 Olympic Games losing to Japan on Monday, August 2nd, 2021. The Nigerian team lost the game 102-83, after losing their opening two games 82-71, 87-62 against the USA and France, respectively. 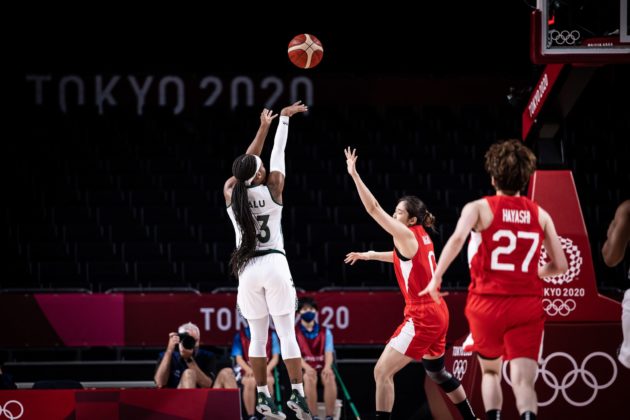 Ezinne Kalu started the game with a jump shot for 3 points, followed by a 2 pointer by Ify Ibekwe to give Nigeria an early lead. The Japanese side came back into the game with amazing passing and shooting accuracy, which was key for them in winning the first quarter 30-22.

The Japanese team started the second quarter with more firepower. Japan's Hiyashi got herself 20 points in the first half which ensured Nigeria trailed the half by 13 points. The first half ended 51-38 in favor of the host country.

The Nigerian team gave an amazing performance in the last quarter by winning it 26-18. The Japanese attacking prowess was the difference between both teams.

This result means the end of the road for D'Tigress at the Tokyo 2020 while Japan heads to the quarter-final of the Women's Basketball game.