Germany's Alexander Zverev beats World Number 1, Novak Djokovic 1-6, 6-3, 6-1 at the ongoing Tokyo 2020 Olympic Games on Friday, July 30th, 2021. Djokovic was on a quest for the Golden Slam but the Serbian will have to wait another four years to achieve that feat following this defeat. 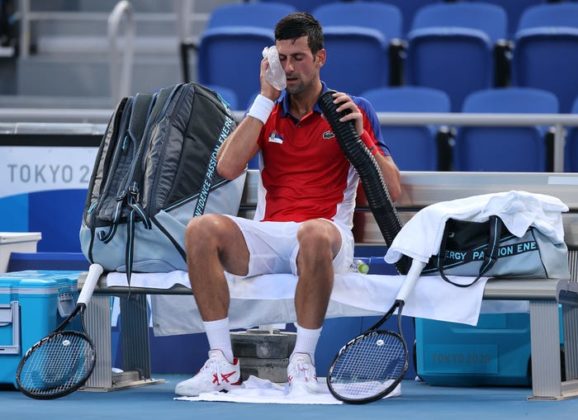 The game didn't start well for Zverev after he lost the first set 6-1. But the world number five gave an outstanding performance in the second set and third set, winning both 6-3 6-1, respectively.

Djokovic will now focus on the final Grand Slam of the year, the US Open which starts on Monday, August 30th, 2021.

He will hope everything goes in his favor at the slam as he looks to surpass Roger Federer and Rafael Nadal in the number of grand Slams won in the men's category. The trio of Djokovic, Nadal, and Federer are currently tied on 20 grand slams each.

Zverev will play Russia's Karen Khachanov in the final of the men's tennis of the Olympics Games for a chance to win Gold on Sunday, August 1st, 2021.