It was a record-breaking day for Oluwatobiloba Amusan as she became the first Nigerian athlete to win the Diamond League Trophy since its inception in 2010. Tobi achieved this feat by setting a new personal best time and a new African record of 12.42 seconds on Thursday, September 9th, 2021 at the ongoing Diamond League in Zurich. 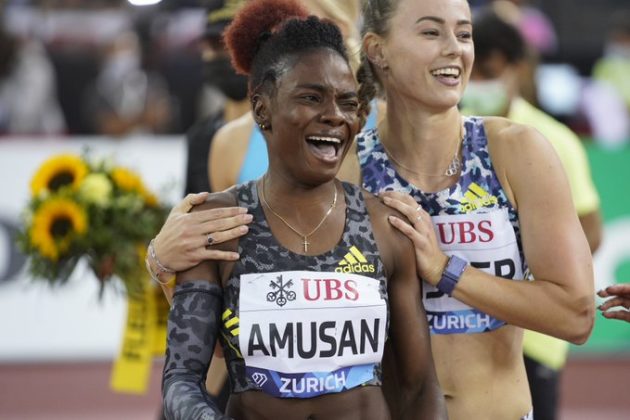 Tobi specializes in the 100 meters hurdles and competes as a sprinter. She won the 2018 Commonwealth and 2019 African champion in the event. She also is a two-time African Games champion.