The Premier League has shortlisted four managers for the coach of the month for August in the 2021/22 season. Nuno Espirito Santo of Tottenham, Chelsea's Thomas Tuchel, Westham's David Moyes, and Rafael Benitez of Everton. 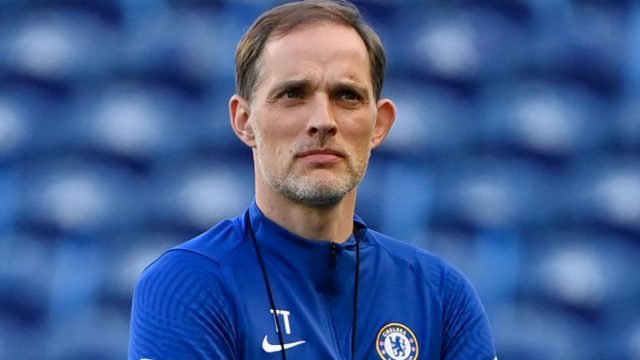 Nuno seems to be the favorite to win the award for the month of August. The former Wolves manager has led Tottenham to three wins in three games this season, making Spurs the only club left with a 100% win rate in the Premier League. The Premier League body announced the shortlist via its official Twitter account on Thursday, September 2nd, 2021. 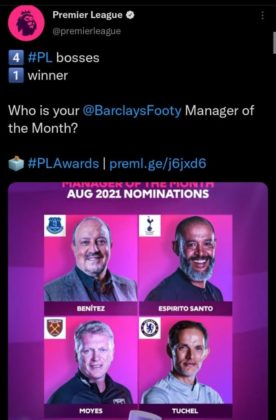 David Moyes and his West Ham team are in the second position with 2 wins and a draw this season. His team is yet to suffer any defeat. Thomas Tuchel is coming off with the UEFA coach of the year award and he might have a slim chance of winning this month's League award.

Everton's boss Rafael Benitez has been impressive for the Merseyside team as they are also yet to suffer any defeat in the Premier League this season.