The English Premier League has shortlisted six players for the player of the month of August award. West Ham had the most representative on the list, with Michail Antonio and Said Benrahma representing the Hammers. The form of Antonio has been key for the London side in the opening games of the season. 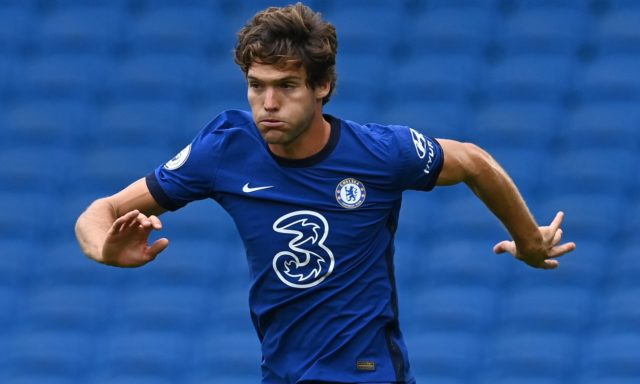 Antonio scored four goals and three assists in August, while his teammate Benrahma scored two goals in the first three games of the league with a man-of-the-match performance against Newcastle at the St. James' Park. The association announced the list on Thursday, September 2nd, 2021 via its official Twitter account. 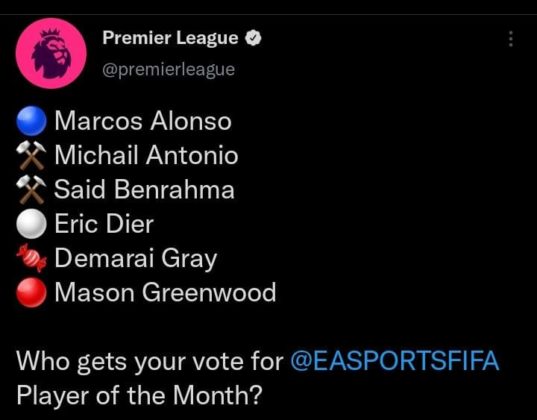 Others on the list are Chelsea's Marcos Alonso, Tottenham's Eric Dier, Manchester United's Mason Greenwood, and Everton's Demarai Gray. Mason Greenwood seems to be the favorite for the award following his impressive start for the Red Devils since the start of the League. He has scored in each of United's opening games, against Leeds, Southampton, and Wolves.

The winner of the award will be announced before the next round of Premier League games.