Guinness World record has honoured Cristiano Ronaldo as the first man to score 111 international goals. The Portuguese broke the record when he scored two goals in the last seven minutes of the game on Wednesday, September 1st, 2021, during the FIFA World Cup qualifying game against Ireland. 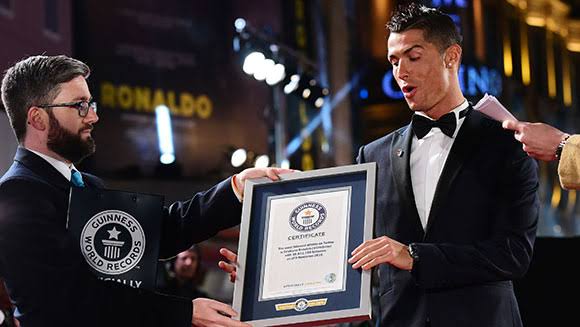 Ronaldo previously shared the record with Iran's Ali Daei, who scored 109 goals between 1993 and 2006. Daei was the captain of the Iran national football team and started coaching in 2006. Ronaldo scored his first goal for Portugal in 2004 against Greece. The body posted the appreciation post on its Twitter account on Thursday, September 2nd, 2021. 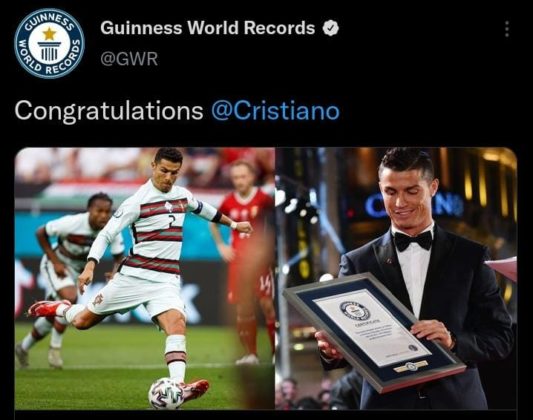