Manager of Chelsea Football Club, Thomas Tuchel has spoken about the future of Antonio Rudiger and Andreas Christensen at the London club. 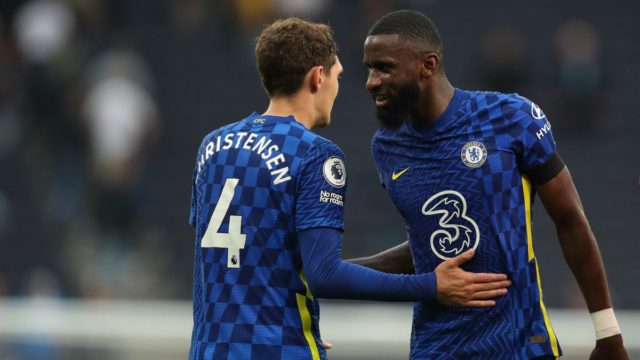 Tuchel was speaking in a press conference which was reported on Chelsea's website ahead of Blues' game against Leicester City on Saturday, November 20th, 2021. The duo are in the final year of their contracts and have not agreed to a new deal.

Their contracts is expected to expire at the end of June 2022. The German expressed optimism as it concerns the future of the defenders.

It's pretty clear what we want, but you have to accept sometimes you can end up in situations where the things are in a bit of a delay and take their time, and of course there are with Toni and Andreas at the moment.

I am calm because Toni is calm, and the situation inside is calm. Everyone is mature. I am happy how he plays because we need him on this kind of level.

For Andreas, everybody wants the same thing,. Hopefully and obviously I expect some good news in the next days. The situations are handled professionally from all sides, very calmly. During the process we can produce the performance we need, that's the most important thing.

The duo will expect to be on the team sheet when Chelsea plays Leicester City at the King Power Stadium in the first fixture of match day 13.