Thibaut Courtois has extended his contract with Real Madrid. This was confirmed by the club's website on Monday, August 16th, 2021. 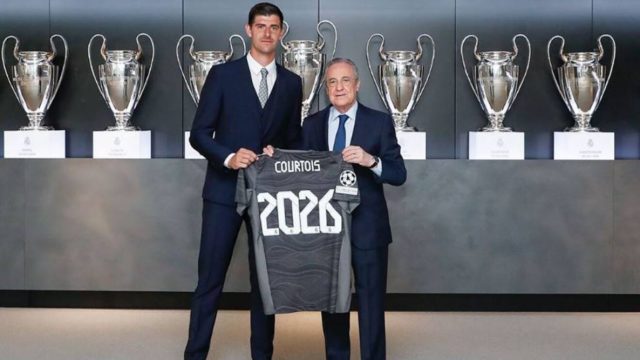 The contract extension implies that the goalkeeper will remain with Real Madrid until June 2026.

Courtois joined Real Madrid for 35 million pounds from Chelsea in 2018. This deal made him La Liga's most expensive goalkeeper, surpassing the record set by Jan Oblak. He won his second La Liga title in 2020.

Courtois made his senior international debut in October 2011, making him the youngest goalkeeper to represent Belgium. He had since earned himself over eighty caps and appeared at the 2014 and 2018 World Cup and the UEFA Euro in 2016 and 2020.