Barcelona started their La Liga season against Real Sociedad on Sunday, August 15th, 2021. It was the first time they started the season without the services of Lionel Messi in 18 years. The absence of Messi was still felt in the stadium as some fans wore the jersey of the Argentine. 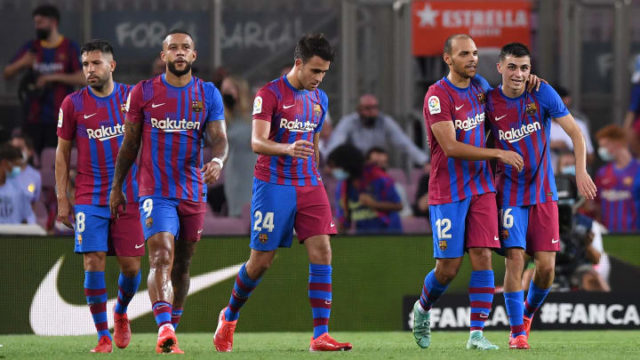 The Catalan side did not act like they miss the Argentine on the pitch, as they found the back of the net with just 19 minutes of play through the boots of Gerard Pique. Martin Braithwaite doubled the lead before halftime. Barcelona went into the break leading Real Sociedad 2-0.

Barcelona started the second half with more purpose as Braithwaite got himself his second of the night and the third for Barcelona before 60 minutes of football. The Barcelona fans were left worried when Real Sociedad scored 2 goals in the 82nd and 85th minute of the game with goals from Julen Lobete and Mikel Oyarzabal, respectively.

Sergio Roberto restored the two-goal lead in the 90th minute when his shot went past the Real Sociedad goalkeeper. The game ended 4-2 in favor of Barcelona.