Barcelona’s coach, Ronald Koeman, might face the exit door at the Camp Nou in no distant time. The former Netherlands manager has been under fire since his appointment last season. 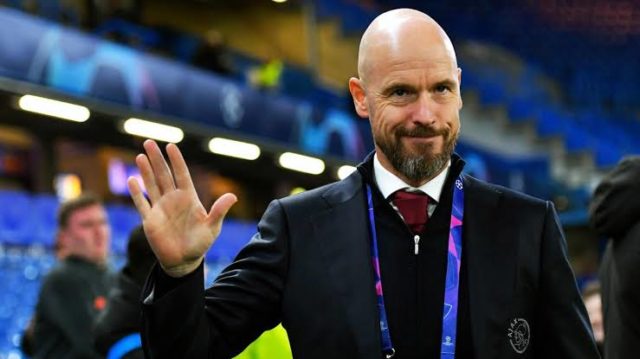 Mirror Football reported on Sunday, September 19th, 2021, the Manchester City boss has named a perfect replacement for Koeman. The win percentage of the current Barca coach has been a little over 60 percent and that is not going well with the hierarchy of the club.

According to reports from Barcelona, Joan Laporta is looking for a possible replacement for Koeman after the defeat against Barcelona at the UEFA Champions League. The club have limited candidates because of the club’s financial situation.

The club have a rebuilding plan ready to be put into and Ajax manager, Ten Hag is a possible candidate for the Barcelona club. He has led the Dutch club to two league and cup doubles, as well as taking them to the semi-finals of the Champions League in 2019.

Manchester City manager, Pep Guardiola, also believes the Hag will be a suitable replacement for Koeman. Ajax’s manager style of football suits that exact philosophy of football in Barcelona.