It was a record-breaking day for Sadio Mane in the English Premier League. The Senegal scored his 100th goal for Liverpool and became the first player to score in nine consecutive games against a particular team. 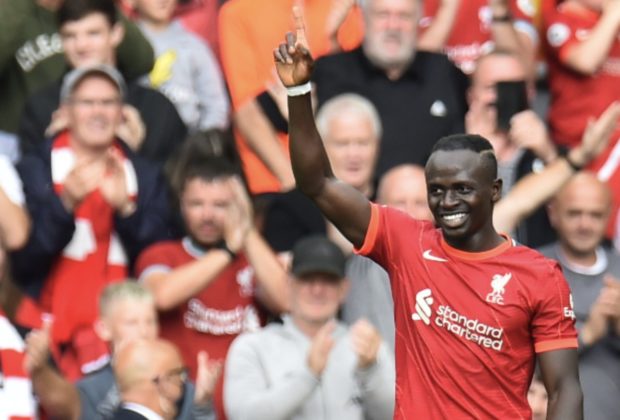 READ ALSO: SAUL REVEALS WHAT THIAGO SILVA TOLD HIM AFTER HIS HORRIFIC DEBUT

Mane seems to always find his scoring boots whenever he plays against Crystal Palace, either at Selhurst Park or at Anfield. He has now scored in nine consecutive games against the Eagles. The record was previously held by Robin van Persie who scored in eight successive games against Stoke City.

Mane’s run of goals against Palace goes far back as August 2017 when he scored the winner in a 1-0 victory at Anfield. He also scored the winning goal in a 2-1 victory at Selhurst Park in the second leg that season.

The Senegalese scored twice in the 2018/19 season when the Reds winning the game 2-0 at Palace. He was also on the score sheet in the seven-goal thriller at Anfield in the same season.

Mane scored the opening goal in a 2-1 victory in the 2019/20 season and also found himself on the scoresheet in a 4-0 thriller later that year.

He was part of the goal scorers in a 7-0 thrashing at Selhurst Park last season and scored a goal on the last day of last season at Anfield.

The 29-year-old has scored 100 goals in 229 appearances for Liverpool. His most impressive season for the Reds was in the 2018/19 season when he scored 26 goals.