Manchester United midfielder, Scott McTominay has undergone surgery on a groin injury that has been causing the player pain whenever he plays football. It is assumed that the injury is the reason Steve Clarke left the player from Scotland's squad for their upcoming FIFA World Cup qualifier. 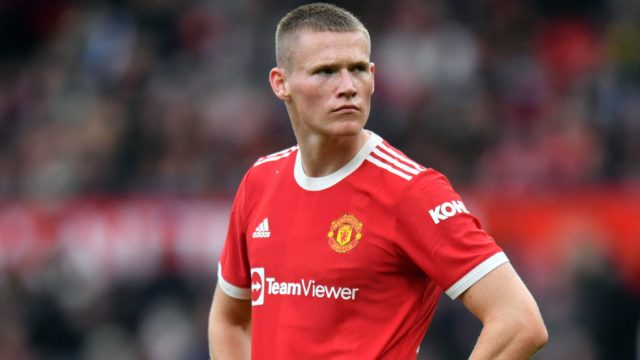 Manchester United posted the news of the surgery on its website on Thursday, August 26th, 2021. The player has tried other treatments to help ease the pain, but none has yielded results.

McTominay was part of Manchester United's opening two games of the season against Leeds United and Southampton. He came off the bench in their 1-1 draw at Southampton.

Scott has undergone surgery for an ongoing groin injury that was causing significant pain when playing. Having tried all other treatment options in pre-season, surgery was deemed necessary to resolve the issue. We hope to have him back soon.

The Player has also spoken about the surgery on his Instagram post. He confirmed that it was a minor injury and will be back sooner than anyone expects.

Just to let you all know I've had minor surgery on an issue which has needed managing for the last couple of months, I hate missing games so to be missing Wolves on the weekend & the international break is so disappointing but that's part & parcel of the game. Wishing all the boys best of luck & I will be back sooner than you think. 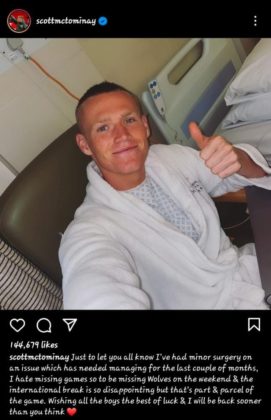 The Scottish player joins Marcus Rashford on the injury list. The England striker underwent a shoulder injury some weeks ago.