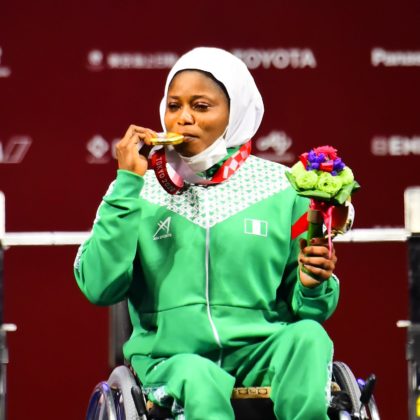 Tijani was on the verge of setting a new Paralympics record on her 4th attempt by trying to lift the 117kg but could not achieve that feat.

Yakubu Adesokan could not get himself a medal in the men’s -49kg as he finished fourth with his best lift of 155kg. He attempted to lift the 161kg on his last attempt to win the Bronze but he lost that post to Azerbaijan’s Parvin Mammadov, who lifted 156kg.