Super Falcons player Francisca Ordega, has left Levante just five months into the contract. The Nigerian had earlier signed a 3 -year deal with the Spanish Iberdrola side but decided not to see her contract through. She had since signed a new contract with the Russian club, CSKA Moscow, in a quest for a new challenge. 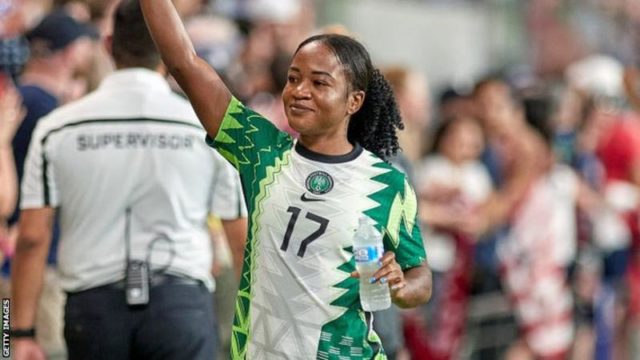 The Nigerian who spoke in an interview with BBC Sport Africa on Wednesday, August 11th, 2021, said she loves challenges and she believes her move to Russia is another form of a challenge for her.

I love to challenge myself every time so I enjoy taking on challenges to test myself. Women’s football is fast growing in the last five years and teams are beginning to compete on a big stage.

Playing in big competitions like the World Cup with your country and the Champions League with your club will only bring out the best in you.

Ordega scored twice in the final of the Women’s Africa Cup of Nations in December 2018, to help Nigeria win the competition for the ninth time.