The Nigerian Men's football team, Super Eagles, has dropped to the 34th position in the World and fifth in Africa, according to the latest FIFA ranking. The Super Eagles were third in Africa before this ranking, but having won none of their three friendly games made them drop further in the ranking. 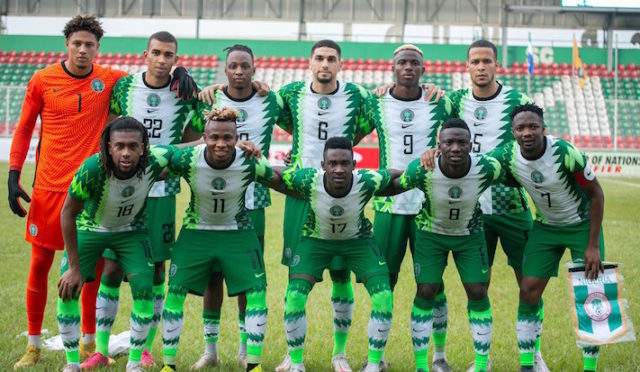 Algeria was the biggest movers on the ranking as they moved 12 places up to the 30th position in World. Morocco is seated in the 3rd position in Africa and 32nd in the world.

Belgium remains at the number one position in the world, followed by Brazil in second, France in third, England in fourth, and Euro 2020 Champions, Italy in the fifth position.

Copa American Champion, Argentina is ranked sixth, Spain is in seventh, while Portugal, Mexico, and the USA are in eighth, ninth and tenth respectively.

The next FIFA Men's World Ranking will be published on September, 16th,2021.