The ranking of football teams around the world was released by the body governing football in the world, FIFA. 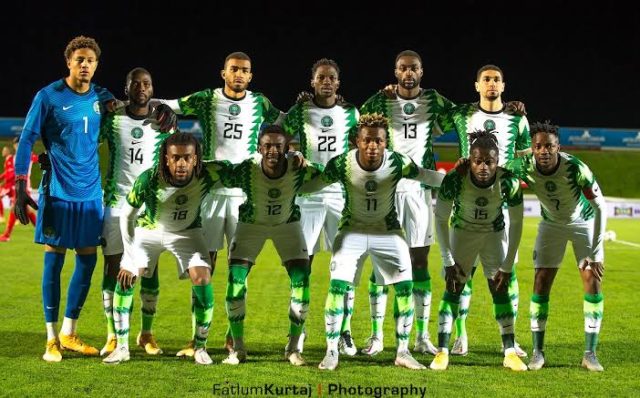 The list was released on the official website of the body on Thursday, October 21st 2021. Super Eagles of Nigeria dropped two places from 34th to 36th. The Eagles remain in the fifth position in Africa behind Senegal, Tunisia, Morocco and Algeria.

Other countries on the top ten list in Africa are; Egypt in sixth place, Ghana, Ivory Coast, Cameroon and Mali complete the list.

Belgium and Brazil retained their position in  first and second places respectively in the world. France was placed third on the ranking ahead of Italy and England in fourth and fifth position.  Argentina, Spain, Portugal, Mexico and Denmark complete the top ten teams in the world.

The next FIFA ranking will be published on 25th, November 2021.