Brighton's defender, Solly March, has extended his contract with the Premier League side. The contract is expected to run until June 2024. March joined the club in 2011 and has made over 200 appearances since making his debut for the club in 2013. 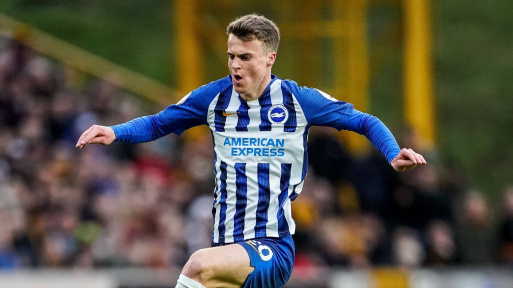 Brighton confirmed on the news on its website on Monday, August 23rd, 2021. The head coach of the club spoke about the player's dedication in recent years and he looks forward to more working time with the defender.

The wing-back made his 100th Premier League appearance in March 2021 and has spent 10 years at the club.

I am really pleased to see Solly March commit his future here. He is a pleasure to work with and it's great to see him continue to progress. As a local lad, he is a great role model and an excellent example for any young player with commitment and hard work.

He is a player who makes a significant impact for us at both ends of the pitch, and we are delighted he's committed his long-term future to the club.

Brighton is currently third on the Premier League table with six points plus three goals.