Chelsea Football Club has been hit with injury worry going into this weekend’s game against Aston Villa. The Blues’ striker, Romelu Lukaku, suffered an injury after he suffered an injury when he was on duty for the Red Devils of Belgium during the FIFA World Cup qualifier. 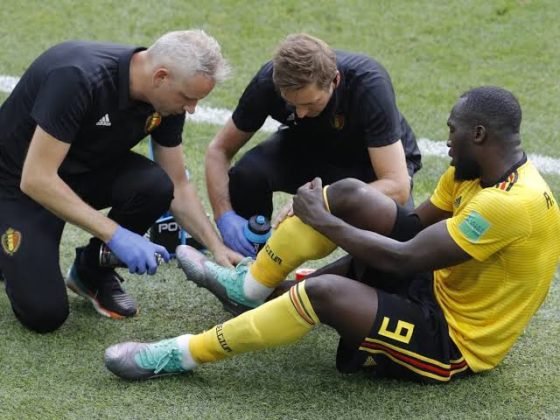 The player confirmed he will undergo a scan on a minor issue before he returns to the Bridge. He earned his 100th cap for Belgium in the game against the Czech Republic on Sunday, September 5th, 2021.

Lukaku made a return to Chelsea from Inter Milan during the summer transfer window. The deal ensured the Blues broke its club’s transfer fee by paying £98 million for the Belgian.

The forward man was originally ruled out of Belgium’s next game against Belarus on Wednesday, September 8th, 2021, after receiving a yellow card in the game against the Czech Republic.

Lukaku confirmed to HLN Sport, in a press conference after the game, that he will undergo a scan before returning to Chelsea.

The Blues will hope the injury is nothing to be worried about following his immediate impact on the team.

I’ll have a scan of my thigh first. I have been struggling with a minor issue for a while.Then I will return to Chelsea.

Lukaku has on his second debut for Chelsea against Arsenal on Sunday, August 22nd, 2021