Chelsea's forward man, Romelu Lukaku has returned to training after missing out on action for almost a month. 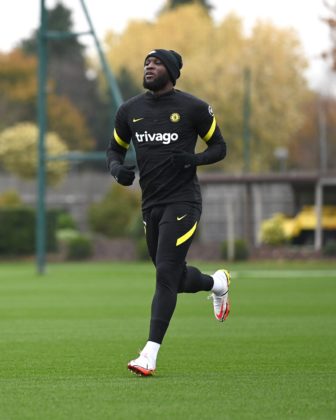 The Belgian suffered a knee injury in the UEFA Champions League game against Malmo on matchday 3 where the Blues won the game 4-0 at Stamford Bridge. The news of Lukaku's return was confirmed on the club's website on Monday, November 15th, 2021.

Chelsea has also been without Timo Werner in their past four games following an injury he suffered in the same game as Lukaku. The Blues have been not lost any game in the absence of their strikers.

The West London based team will hope Lukaku is fit to start in this weekend's game against Leicester City.

Chelsea beat Malmo in the second leg of the Champions League on matchday 4, thrashed Norwich 7-0 and beat Newcastle United 3-0. The Blues were held to a 1-1 draw in their last league game against Burnley.