Aston Villa's new manager, Steven Gerrard, has spoken to the press for the first time after he was hired to replace Dean Smith. 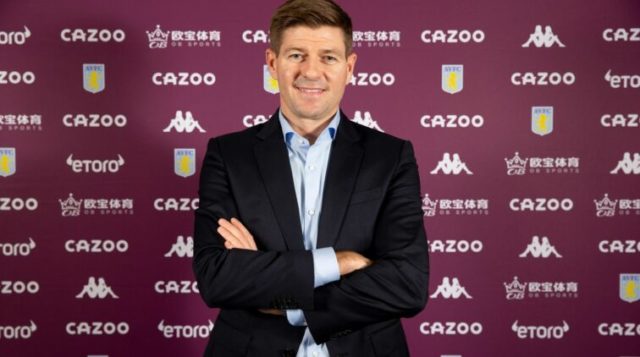 Aston Villa sells itself as an iconic football club. I know it is pretty from the outside, and I'm very much excited to get involved inside and start building relationships. I like a challenge. I like a risk. It's something I'm looking forward to getting into. This club will suit me because I know the fans are very passionate and there's a demand and pressure to win. That's something I've lived with since I was 17.

He also spoke about the swift response it took him to move from Rangers to Villa. According to the Liverpool Legend, the opportunity was too big, and he wanted it to happen very quickly.

I was first aware of Aston Villa's interest on Wednesday; I had a call from my representation and when the phone call sunk in; I wanted this to happen very quickly because, first and foremost, the opportunity was too big. From there it happened quick. Credit to Villa, the speed they got things done. Not just me, the staff that I'm bringing as well. I must also pay my respects to Rangers, who were very professional in the deals as well. Very crazy. Very quick. But when you are in that situation, the last thing you want is for it to drag out.

Gerrard's first game is a home game against Brighton on Saturday, November 20th, 2021. Meanwhile, his first visit to Anfield will be on December 2021.