Robert Lewandowski scored his 300th goal for Bayern Munich as the Bundesliga side thrashed Hertha Berlin 5-0. The Polish striker started from where he left off last season, scoring a hat-trick in the game on Saturday, August 28th, 2021. 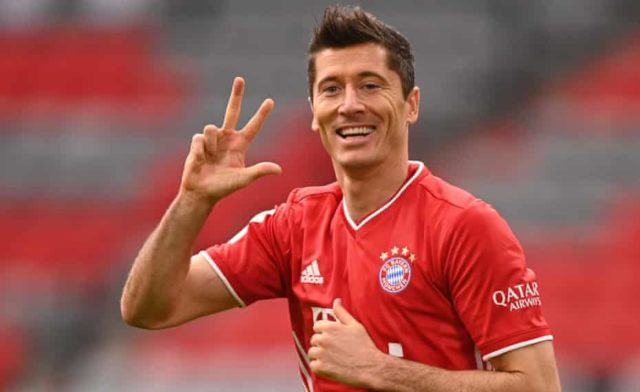 The 33-year-old set a record for himself scoring 44 goals in 29 Bundesliga games, which was his biggest return since joining the club from Borussia Dortmund in 2010. He went into the game against Hertha Berlin with 298 goals to his name. He got himself to 301 goals after the game.

This was also the 13th consecutive Bundesliga game in which Lewandowski has scored a goal, a feat that is bettered by Gerd Muller. Lewandowski's hat-trick ensured he went on top of the goal leader chat ahead of Erling Haaland, who has three goals this season.

The win leaves Bayern level at the same point as Leverkusen and Freiburg, with seven points from their first three games.