#LIVCHE:10 Man Chelsea Take a Point from Liverpool at Anfield 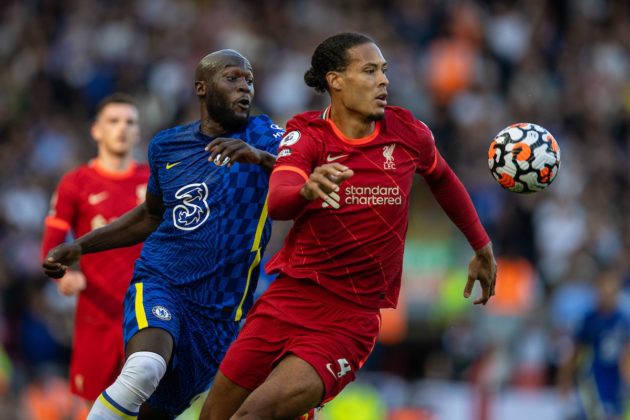 There was nothing much to separate both sides in the first twenty minutes of the game, as they were tight at the back, not wanting to make any mistake that will lead to a goal. The first goal of the game finally came in the 21st minute when Kai Havertz headed home a corner from Reece James.

The last five minutes of the first half had a lot of drama in it, as Reece James got sent off for a deliberate handball to deny Mane's ball from going into the net. Mohamed Salah scored from the spot to make it 1-1. The first half ended 1-1.

The second half started with double substitutions for Chelsea, as N'Golo Kante and Havertz came off for Thiago Silva and Mateo Kovacic. Virgil van Dijk created the first chance in the second half in the 50th minute, but his shot was not good enough to beat Mendy in goal.

The next real chance of the game came from Chelsea in the 64th minute when the Blues has a counterattack with Kovacic releasing Alonso down the left. Alonso heads the ball back and Lukaku goes for the half-volley, but Matip was there for the block.

Kovacic almost gave the lead to Chelsea but his shot deflected off Matip, which allowed Allison to get an easy catch on the ball. There was nothing to separate both sides as the game ended 1-1 at Anfield.