French defender Eduardo Camavinga might leave Ligue 1 side, Rennes, before the end of the transfer window. The defender is in the final year of his contract and has given no sign that he might renew his deal with the club. 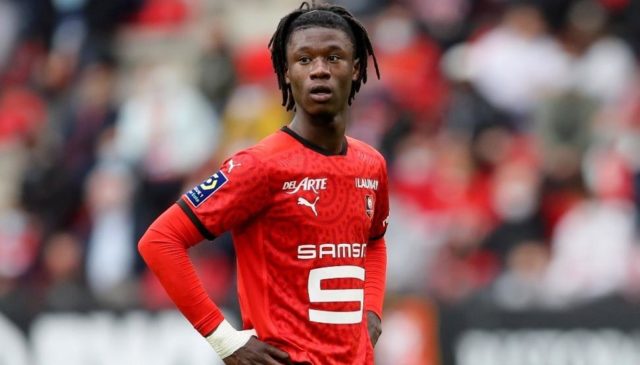 Rennes announced that the young defender has been placed on the club's transfer list and has lowered his valuation to 35 million euros as the club does not want him to leave for free next summer. Transfer news expert Fabrizio Romano announced the news via his Twitter account on Monday, August 23rd, 2021.

He confirmed the player is not interested in committing his future to Rennes, so there is a huge possibility that Eduardo will play for another club when the transfer window is closed by the end of August 2021. 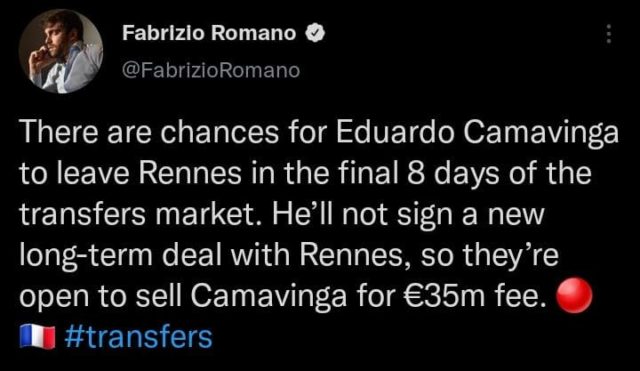 The 18-year-old was influential for his club as they finished third in the 2019/20 season, which ensured the club qualified for the UEFA Champions League for the first time in its club's history. He is one brightest prospects in the world of football.

Manchester United, Paris Saint-Germain, and Chelsea have been monitoring the prospects of the youngster in the past seasons.