Rafael Nadal has announced that he would miss the US Open and the rest of the 2021 tennis season because of an injury he suffered on his foot. The Spaniard has been playing through pain relievers from the start of the year but will like to take the rest of the year off to help him get better and return stronger in 2022. 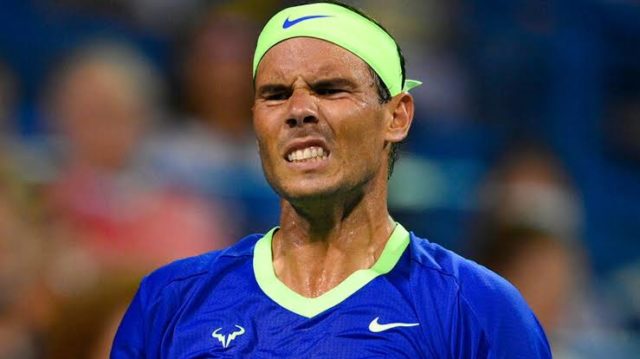 READ ALSO: ROMELU LUKAKU REVEALS HE IS A BETTER PLAYER BECAUSE OF ANTONIO CONTE | WATCH

The World Number four tennis player posted this information on his Twitter account on Friday, August 2oth, 2021. He explained he had been suffering from the pain for over a year.

The 35-year-old said he took a break after he had a meeting with his family members and his team members.

Hello everyone, I wanted to inform you that unfortunately I have to end the 2021 season. Honestly, I've been suffering a lot more than I should with my foot for a year and i need to take some time.

After having discussed it with my team and family, this decision has been made and i think it is the way forward to try to recover and recover well. It's a year that I've missed things that matter a lot to me, like Wimbledon, like the Olympics, how the United States Open is going to be now, like many events that are also important to me and in view of the fact during this last year I have not had the ability to train and prepare and compete in the way that i really like to do.

Nadal also confirmed that he did not just suffer the injury, but it is one that he has been dealing with since 2005.

In the end, I come to the conclusion that what i need is time to recover, change a series of things, try to understand what has been the evolution of their feet in recent times, it is not a new injury; it is an injury that I have had since 2005 and not has it prevented me from developing my sports career during all these years. If it is true that I have been for a while that things are not going as they should, as we would all like, and it is time to make decisions, seek a slightly different type of treatment to find a solution to the problem or at least improve in order to continue to have options for the next few years.

I am with the maximum enthusiasm and predisposition to do whatever it takes to recover the best possible form to keep competing for the things that really motivate me and the things that he's done all these years. I am convinced that with the recovery of the foot and obviously a very important daily effort because this can be achieved. I will work as hard as I can to make it happen.

Thank you in advance for all the support, understanding and all your expressions of affection that are very important and more in difficult times like these. I promise you that i am going to continue enjoying this sport for a while. A big hug to all. 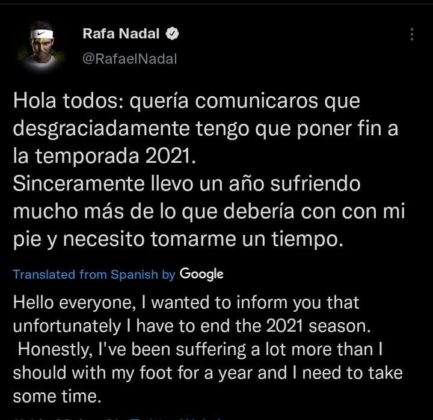 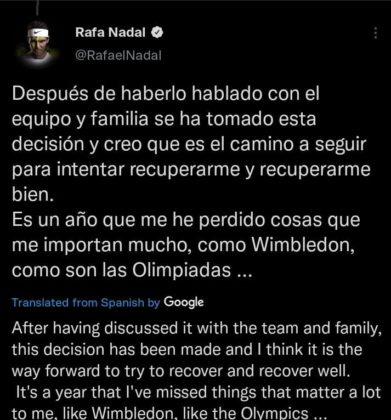 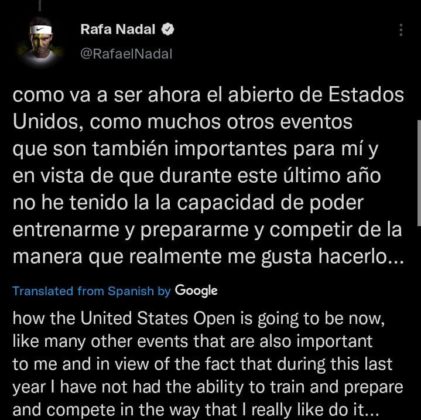 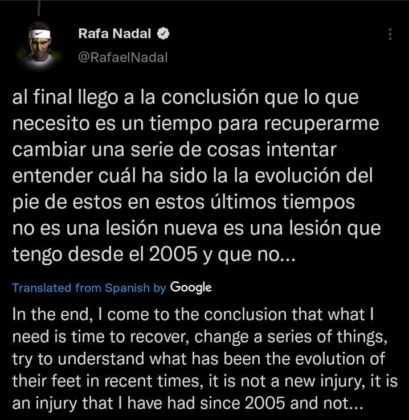 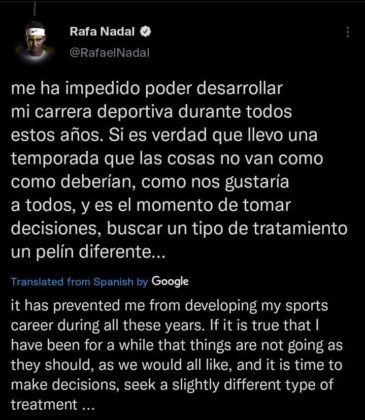 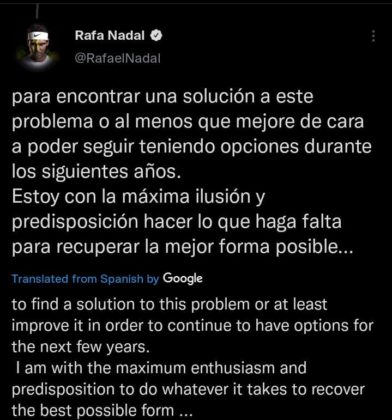 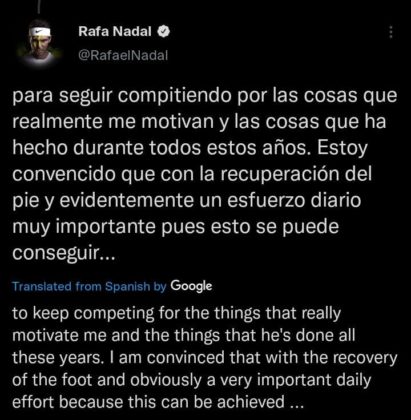 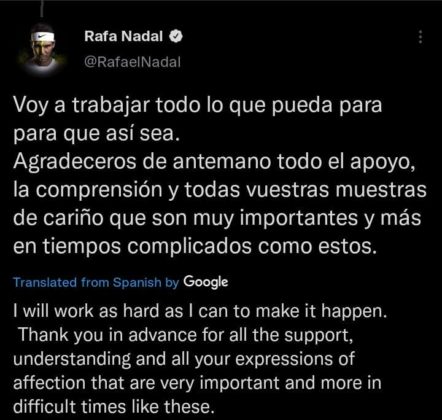 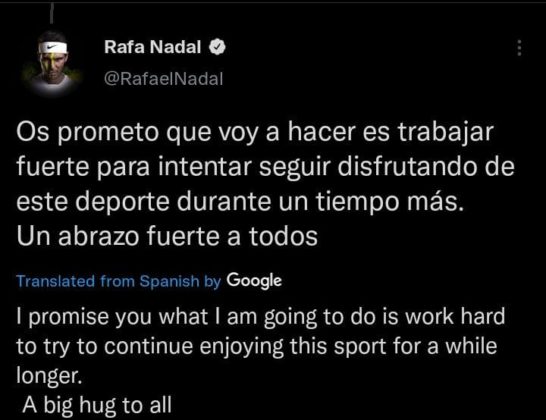 The decision for Nadal to take a break from the sports, coupled with Roger Federer's operation on his knee, gives an opportunity for Novak Djokovic to become the leader with Grand Slam won when the US Open starts. All three tennis players are currently tied on 20 grand slam titles.