Former Atletico Madrid striker, Radamel Falcao has completed a move from Turkish side, Galatasaray to La Liga club, Rayo Vallecano on a free transfer. Falcao returned to Spain after spending eight years with Atletico Madrid before making a move to the French club, Monaco, in 2013. 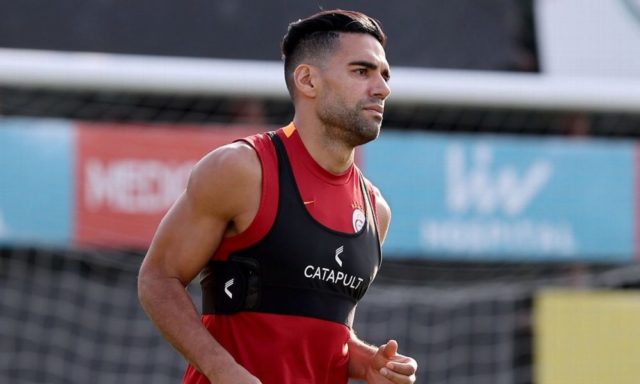 READ ALSO: I WILL SUPPORT A WALK-OFF OVER RACIAL ABUSES - BALE

Rayo Vallecano confirmed the news on its official Twitter account on Saturday, September 4th, 2021. Falcao joined the Spanish side after Galatasaray ended his contract. The striker had a loan spell between Manchester United and Chelsea before going on a permanent deal to Turkey in 2019. 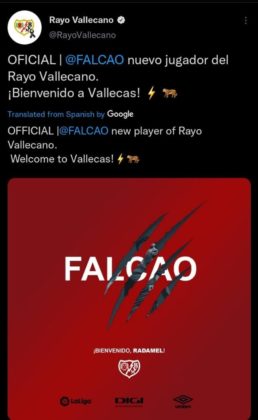 Falcao is Colombia's all-time top scorer with 35 goals in 91 games. He has won the Europa League with Porto and Atletico Madrid, he also won the Ligue 1 with Monaco.

Vallecano has lost two of their opening three games and will face Levante next on September 10th, 2021.