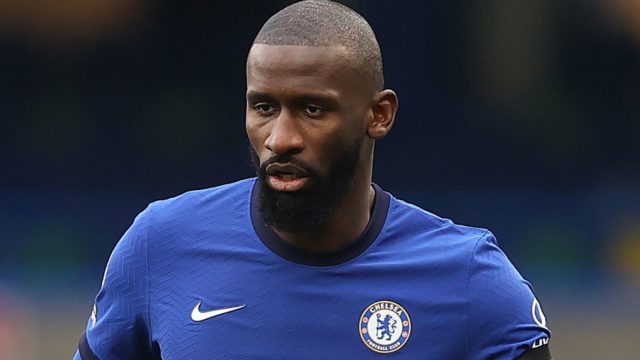 Advertisements
READ ALSO - Davido, Burna Boy, Wizkid Top My Music Playlist - Rudiger
European Giants, Paris Saint-Germain and Real Madrid are reportedly interested in Chelsea defender Antonio Rudiger.
Amid uncertainty over the future of the German defender, the English side are said to still be highly interested in nabbing Sevilla defender Jules Kounde.
However, Chelsea are said to have opened new contract talks with Rudiger, but they are wary of his demands, leaving both the French and Spanish Giants to keep an eye on the situation.

If things go sideways, the two European giants will be able to sign the Germany international in January on a pre-contract agreement, with the defender's current deal expiring in the summer of 2022.

According to Goal, despite the interest from the super clubs, the 28-year-old is said to be happy to remain at Stamford Bridge so long as his contract demands are met.