Lionel Messi has given insight into where he will play football next season. The Argentine confirmed this in his farewell speech at the Camp Nou to Barcelona fans on Sunday, August 8th, 2021. Messi said his move to Paris Saint Germain (PSG) is a possibility, but there is nothing confirmed yet. 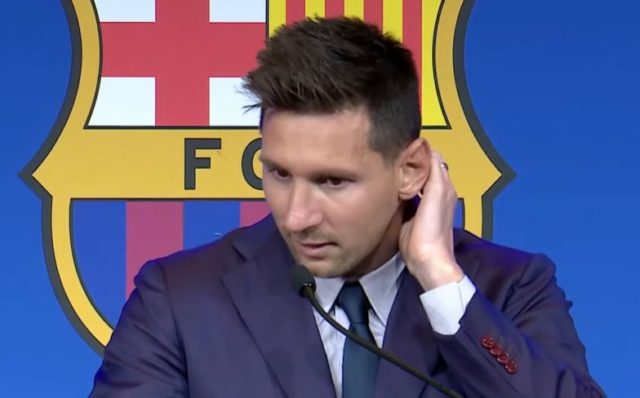 Messi also confirmed that he received a lot of calls from other clubs after Barcelona announced on Thursday, August 5th, 2021, that he would not be getting a new contract with the Catalan giants.

Barcelona could renew Messi's contract because of the Financial Fair Play rule in Spain. The contract could not see the light of day, despite the verbal agreement between Barcelona and Messi.

PSG is one possibility to reach those heights. At the minute, i have got nothing confirmed with anybody,

Honestly, when the press release was published, I had a lot of calls, a lot of clubs were interested. At the minute, i have nothing closed but we are talking about a lot of things.

PSG are currently favorites to sign Messi, as they are rumors they can pay his salary breaking no Financial Fair Play Rule. The French side is looking to increase their chances of winning the UEFA Champions League and there is so much belief in Paris that Messi is the missing puzzle.

🗣 "I've always been honest and upfront, last year I wanted to leave, this year I didn't."

A tearful Lionel Messi says he did not want to leave Barcelona and added that, while a move to Paris Saint-Germain is possible, nothing is confirmed yet 👇 pic.twitter.com/wLIAgCEbVl