Paris Saint Germain (PSG) presented Lionel Messi to their fans at Parc De Prince on Saturday, August 14th, 2021, before the club's Ligue 1 match against Strasbourg on Saturday. August 14th, 2021. This was the first time Messi was meeting the fans on a match day. 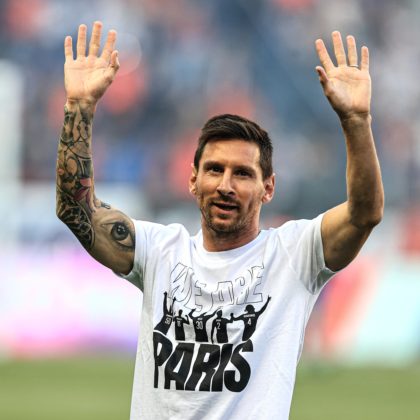 The 50,000 fans that were present at the stadium all went on their feet with cheers and applause when the stadium announcer mentioned Lionel Messi. The Argentine was felt the love from the fans as most of them were screaming his name.

PSG officially signed Messi from Barcelona on Thursday, August 12th, 2021 on a two-year deal with an option to extend the deal. Barcelona decided not to renew the Argentine's contract, stating Financial Fair Play as the reason the contract was not renewed. He is expected to earn 25 million pounds per annum after tax.