The FIFA World Cup qualifying game between Brazil and Argentina has been suspended, following the invasion of Police officers just seconds after the referee blew the whistle. According to the officers, four Premier League players from Argentina falsified the Covid documents they submitted. 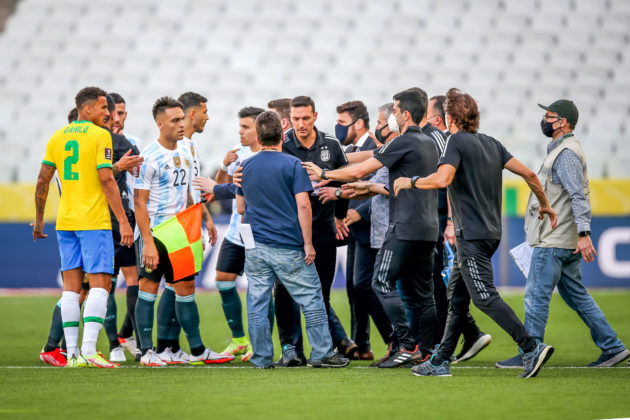 The Argentine football association confirmed the news on its official Twitter account on Sunday, September 5th, 2021. Aston Villa's duo of Emiliano Buendia and Emiliano Martinez and Tottenham's duo of Giovani Le Celso and Cristian Romero were all guilty of faking their documents. 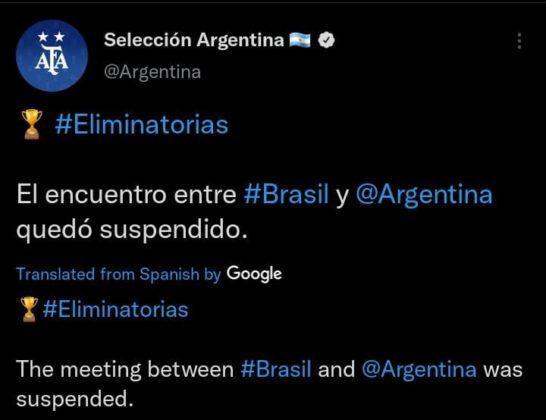 According to reports, the Brazilian government, FIFA, and Conmebol have agreed that the guilty players will not be allowed to play the game. The rule in Brazil states that any person entering the country from the UK must isolate for 14 days.

This is the first time Brazil and Argentina will meet each other after the Copa America final which was won by Argentina. A new date for the game has not been announced.