Pele Gets Discharged from Hospital after One Month

Brazil’s football legend, Pele has been discharged from the hospital after a month. The former footballer confirmed he had a tumour in his colon earlier in September. 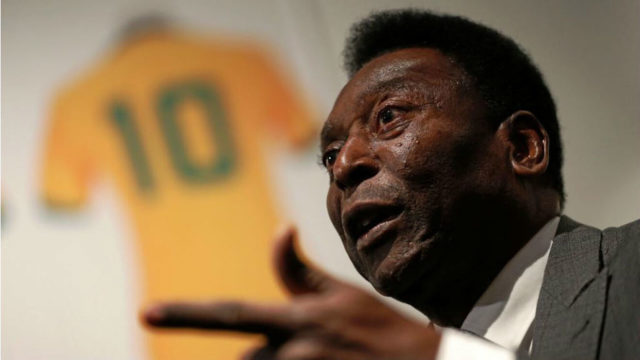 According to reports from Sky Sports, the doctors at Albert Einstein Hospital confirmed that Pele was stable and would continue his chemotherapy after he gets discharged.

Pele also confirmed the news on his official Instagram account. He expressed his excitement that he was back home. He also thanked the hospital for taking good care of him for the period that he was there.

When the path is difficult, celebrate each step of the journey. Focus on your happiness. Indeed, I can’t jump anymore, but these past few days, I’ve been punching the air more times than usual. I am so happy to be back at home.

I want to thank the entire Albert Einstein Hospital team, who made my stay a pleasant one, with a humane and affectionate welcome.

Thanks also to all of you who, from afar, make my life complete with so many messages of love. 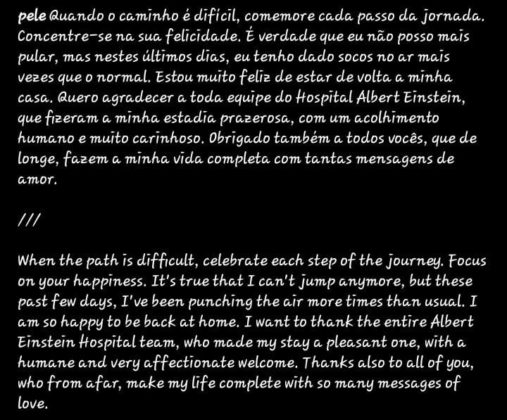 Pele won the World Cup with the Brazilian National team in 1958, 1962 and 1970. He is also the country’s all-time highest goal scorer with 77 goals in 92 games. Meanwhile, Paris Saint-Germain’s striker Neymar is second on the list with 69 goals.