Barcelona Football Club have been hit with more injury worries going into the rest of the season. The Catalans have announced that Pedri and Jordi Alba suffered injury after the defeat against Bayern Munich. 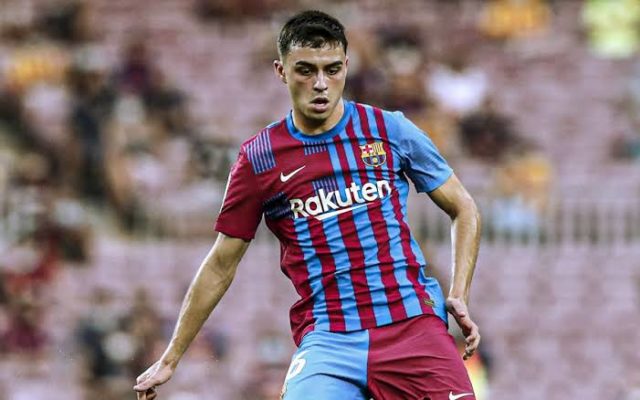 Barcelona confirmed on its website on Wednesday, September 15th, 2021, that both Pedri and Jordi Alba suffered injuries after the game.

Both players will not be available in the club’s next La Liga match.

The first team player, Pedri, has a quadriceps muscle injury in his left thigh. The player is unavailable for selection and his recovery will dictate his return.

Pedri was in the starting XI against Bayern Munich on Tuesday and played all 90 minutes. In total, this season the midfielder has made two appearances in the league, the 4-2 win over Real Sociedad at Camp Nou and the 1-1 draw away at Athletic Club in San Mames.

The club also spoke about the injury to one of its captains, Jordi Alba, who has a hamstring injury in his right thigh.

Tests carried out on Wednesday morning on the first team player, Jordi Alba, show that he has a hamstring injury in his right thigh. The player is unavailable for selection and his recovery will dictate his return.

The left back had to be replaced in the 74th minute of the game against Bayern Munich at Camp Nou, making way for Alejandro Balde to make his official debut for the first team.