Manager of Manchester United, Ole Gunnar Solskjaer, has spoken about the lack of playing time of Donny van de Beek. 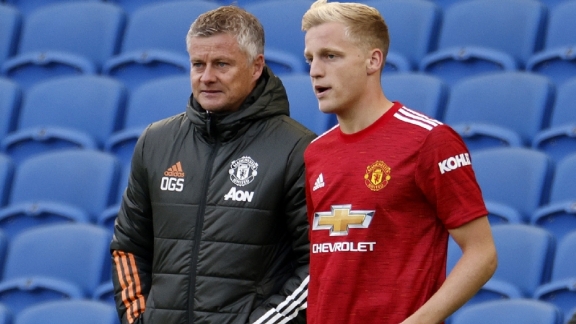 The Dutch player joined the Red Devils in the summer of 2020 from Ajax but has failed to get himself a place in the team on every match day.

Ole was speaking in a press conference ahead of the game against Watford at the Vicarage Road. According to reports from Sky Sports News, the Norwegian believes Donny is doing his best in trying times.

I think our fans can see a top professional and a very good player, and Donny has never let himself or his team or his family down by his attitude. His approach to the game and training is spot on and I can't fault him and he knows that.

I keep in contact and I speak to him and communicate with him because it's not easy when players are not playing as much as they think they should do and Donny thinks he should be playing more and he will be involved. I can't say anything other than that he is another example of what to do when you are not in the team and he will real his rewards.

Van de Beek has given a hint that he might leave Old Trafford during the January transfer window if he fails to get playing time. The Dutch will need a lot of time on the pitch if he is considering getting selected for the Qatar 2022 World Cup.