Manchester United's manager, Ole Gunnar Solskjaer, has shared his opinion as it concerns the sacking of Nuno Espirito Santo from Tottenham. 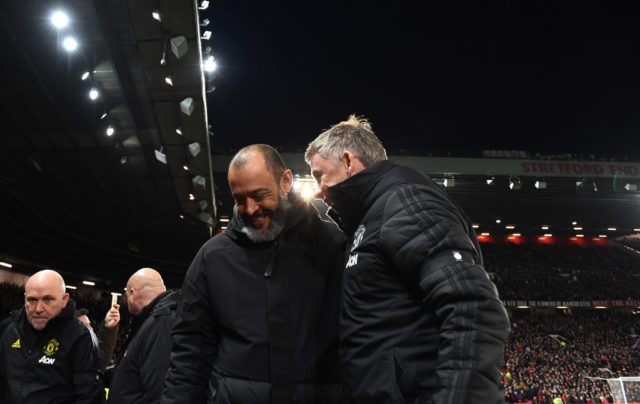 The Athletic confirmed the news on Monday, November 1st, 2021. According to reports, the Norwegian was speaking in a press conference ahead of the Red Devils Champions League game against Atalanta.

Ole and Nuno were under pressure going into last weekend's game but the Manchester United manager came out victorious after the game, beating his counterpart 3-0 with goals from Ronaldo, Cavani and Rashford.

It's never nice to see good men lose their jobs. He (Nuno) has been working hard and I don't know what the situation is or has been at Tottenham, so I can't comment too much, but as a colleague, you are never happy when that happens. We try to get in touch with him and tell him our feelings.

The sack of Nuno by Tottenham was earlier reported on our website. According to reports from White Hart Lane, the board of directors were not satisfied with the recent run of poor results.

Spurs were placed eighth on the Premier League table with 15 points after the defeat against Manchester United on Saturday, October 31st, 2021.