Chelsea Football Club has confirmed that Trevoh Chalobah has signed a new four and half year deal with the London club, the deal will see him stay at the club until June 2026. 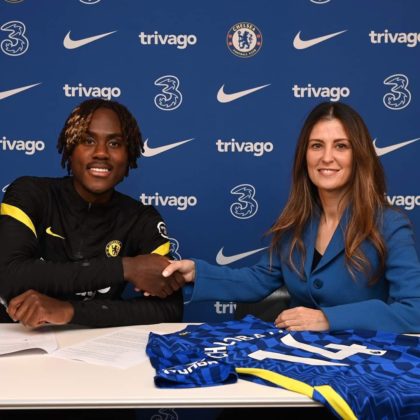 The 22-year-old was given the new contract following his performance in the league and the Champions League. Chalobah made his senior debut for Chelsea in the UEFA Super Cup against Villareal.

The English player expressed his delight on Chelsea's website, he said the efforts put into training and whenever he was called upon has earned him a contract extension.

It's quite surreal. It's a dream for me to sign a new long-term contract for my boyhood club and hopefully, the dream continues. It's been an unbelievable start to the season and something I never expected but it just shows that the hard work I've put in and gone out on loans has paid off.

I tried to impress the manager in pre-season and then take that into the games so it's been good and consistency now is the key to keeping those high levels.

He also has been given Premier League starts against Aston Villa, Southampton, Brentford and Norwich City and also a full debut in the UEFA Champions League against Juventus in Turin in September.