Tottenham Hotspur have confirmed that Antonio Conte will be in the dugout for the London side in their Europa Conference League game against Vitesse Arnhem today ( Thursday,  November 4th, 2021). 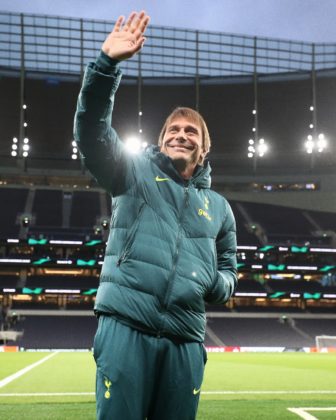 Conte was announced the new coach of the Premier League side on Tuesday, November 2nd, 2021, following the sack of Nuno Espirito Santo from the club just after four months in charge.

The 52-year-old has a successful record in clubs he has managed in the past, he led Juventus to three Serie A titles and also won the league with Inter Milan last season ( 2020/21).

He has also recorded success in the Premier League when he was coach of Chelsea. The Blues were crowned League Champions in the 2016/17 season, winning 30 games out of the 38 matches.

The Italian also won the English FA Cup with Chelsea in the 2017/18 season beating Manchester United in the final.