Former Manchester City's player, Sergio Aguero is set to retire from football following his recent heart condition, which he experienced a few weeks ago. 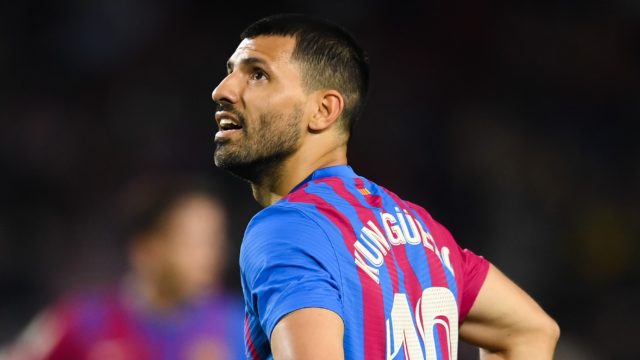 The Argentine was substituted just after 41 minutes in his first full debut for Barcelona this season in a League game against Alaves. The player asked to be replaced during the game when he started feeling chest pains.

Transfer News expert Fabrizio Romano confirmed the news on his official Twitter account on his official account on Saturday, November 20th, 2021. According to the tweet, Barcelona have been informed about the player's heart condition and an official announcement from the club. 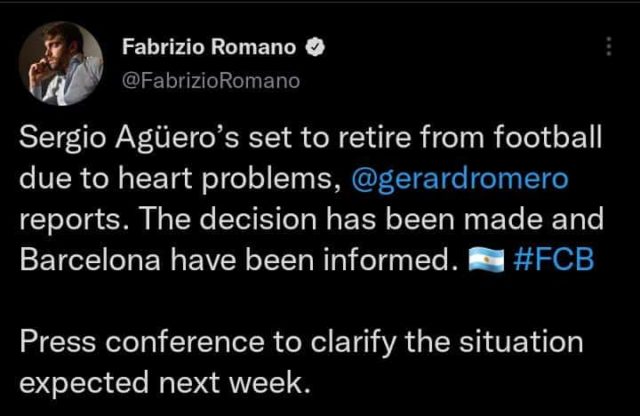 He spent two days in the hospital, where he was told to not play football for at least three months following his current condition. Aguero joined Barcelona on a free transfer during the summer from Manchester City.